Today Teresa Frohock is here talking about the path to publication of her debut fantasy novel, Miserere: An Autumn Tale. Last week, Cathryn Grant spoke about how Indie publishing has led to wonderful things for her. Two weeks ago Andre K. Baby spoke about his debut thriller, a story which shows that there are possibilites we never even imagined. 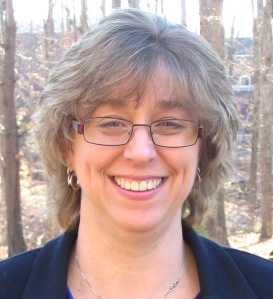 Raised in a small town, Teresa Frohock learned to escape to other worlds through the fiction collection of her local library. She eventually moved away from Reidsville and lived in Virginia and South Carolina before returning to North Carolina, where she currently resides with her husband and daughter.

Teresa has long been accused of telling stories, which is a southern colloquialism for lying. Miserere: An Autumn Tale is her debut novel and is scheduled for publication by Night Shade Books on July 1, 2011.

I would like to thank Jennifer for her gracious invitation to me to write this post. I think Jennifer and I began blogging at approximately the same time, and it’s wonderful to see how both of our blogs have grown over the years.

Of course, after the invitation comes the hard part of deciding what to write about. Jennifer shot some ideas my way, and in a brainstorming e-mail session, we touched on why some writers choose to self-publish and why others seek a more traditional route to publication.

I thought since Cathryn talked about why she chose to self-publish, I would tell you why I chose to go the traditional route.

Well, there is more to it than that; otherwise, this would be the world’s shortest blog post.

Going the traditional route to publication was very comfortable for me. One thing not many people know about me is that Miserere: An Autumn Tale is not my first novel nor is this my first time through the traditional route to publication. When I was in my early twenties I wrote a novel that interested James Allen of the Virginia Kidd Literary Agency. (There is a cool blog post about the agency here and yes, Jim really did smoke that much.) Jim knew I was unpolished as a writ-at.htmler, but he believed in my writing enough that he offered me representation. Unfortunately, I was too smart to listen to his advice, so my first novel never sold.

We eventually parted ways and I stopped writing fiction for many years. A few years ago, I saw an online class for writing fiction, and I wanted to see if I had what it took to become published. I signed up for the class and learned a lot about constructing a story. It was all the same things Jim had tried to tell me, but this time I was older and more teachable. I used what I learned in those writing classes to construct Miserere.

Once Miserere was polished and ready to submit, I examined my options. I thought about self-publishing, and although some people might not like what I’m about to say, anything less would be a lie. When I looked at self-publishing, I examined several self-published novels. In other words, I wanted to see the company I would be keeping. I wasn’t impressed.

The self-published books I found were riddled with spelling and grammatical issues, dialogue and setting were poorly executed, and each book would have greatly benefited from editorial oversight. The cover art was downright atrocious, which made the whole product look cheap and unprofessional.

That was two years ago. I’ve recently noticed that the cover art is getting better for self-published novels, and more and more self-published authors are turning to editors to get their books in shape prior to publication. I think that speaks well for all indie authors.

However, based on the works I was seeing a year or so ago, I decided I wanted to attempt to acquire an agent. I figured that if I could not interest an agent or a publisher in my writing, then it was possible that I didn’t have what it took to be a professional writer. If that was the case, I was perfectly willing to work on helluo librorum as a fan blog and let those who were more qualified tell the stories.

I submitted four queries and two agents asked for my manuscript. Of the two agents, I went with Weronika Janczuk of the D4EO Literary Agency, and I’m delighted with her as my agent. Weronika immediately saw the concepts I was trying to get across with Miserere, and she showed me ways to strengthen Miserere to make the story more marketable.

Two things are going to rock a novel off the shelf, and those are the cover art and the story. Cover art is the most vital part of selling a novel. The art draws the reader’s eye and the story holds them there.

Night Shade is known for producing excellent cover art for their novels, but I was astounded by Michael C. Hayes’ interpretation of Miserere. He took the time to read the novel and he captured the entire story in their faces. He totally got the themes in Miserere.

So now we are moving into the final phases of constructing the finished work. I love being part of a team effort, which is exactly what traditional publication is all about—several talented people pulling together to create and produce a piece of art.

Have there been long waits? Yes.

Doesn’t it make you feel powerless while other people judge your work? Absolutely, but even if you self-publish, there will be readers judging the viability of your work.

Should everyone try and acquire an agent, then a publisher? Hey, everybody’s journey is different. Mine worked out great for me. My only advice is for you is this: examine the pros and cons of both options then roll with the option that best fits your lifestyle.

Thanks again to Jennifer for giving me this time! If you want to hang out with me, I’m in quite a few places. You can visit my blog and website follow me on Twitter or friend me on Facebook and I have an author page at Goodreads where I post reviews of books that I read and enjoy. I run mostly guest posts at helluo librorum, but I do pop in to give my two cents worth from time to time. Join us there where we talk about dark fiction and writing.

I hope to catch you all somewhere online or at a convention soon!

We all look forward to this summer’s launch for you – a most exciting time, and can’t wait to hear all about it on your blog! And, I’m very excited to read Miserere: An Autumn Tale. From the bits I’ve read on your blog I’m certain it’s amazing!

Much success to you!!